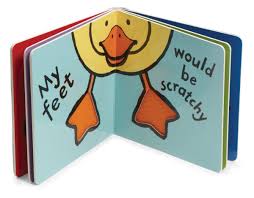 This piece originally ran in Crain’s Boston, and was written by @robertkelder

It was really hard to capitalize this business, and I think a lot of it was the economy — we launched in 2008. But I have a role there, and the mistake was one that I kept repeating for a while, which is not understanding how to simplify a story. That was very costly.

You walk into a venture capitalist’s office. They just had a fight with their partner, they’re worried about their vacation or their son flunking out of math, they heard 20 other pitches that day, and you’ve got one job, which is to get them engaged enough to ask you questions and maybe want to have you back. That’s your whole job. I didn’t understand that.

First of all, I thought they were a lot more knowledgeable than they are. I thought they were faster studies than they could be. They are human beings, but I treated them sort of god-like. I’d start by talking about one of their portfolio companies and how great it was — to show how smart I was that I followed that company. (Don’t do that. Start human.) And then I’d go into this complex, “You’re smart. You must know about crowdfunding, and you must know about …” I made all these assumptions that they knew all these things and that they had them in a framework like I did.

Now, I tell a story about the origin of this business. I was working for Playskool in the ’90s, and we were developing wonderful kid’s toys. But the best ones never made it to market. When I would ask people, they would always give me one of four answers: Kmart, Target, Walmart or Toys “R” Us didn’t want it. The buyers of those stores were deciding what children will play with, with no regard to what we as experts were developing. It made me super mad.

I realized product launch was broken, and I thought, what if we made it easy for the people to decide? That would mean basically making a little movie trailer about every product. Give them the information, they’ll act. Let them understand their power and let them act on their power. So that’s what we do now. Within an hour of launching any product, I know what America thinks of it.

One picture and one word on every page — that’s what my pitch turned into.

Back up. Back way up. Have you ever read a book to a 3-year-old? It’s a board book. It has one picture and one word on every page — and that’s what my pitch turned into. It turned into one picture and a couple words, every single slide, until I got to some important financials or something.

That was learned so hard. It cost me and my company hours and years of suffering.

When this piece came out, Kate Reynolds McLeod, our VP of Discovery and one of our longest tenure employees wrote to me: “I’m reacting to the suffering language….  We were learning, growing, owning our expertise, but there was too much joy and laughter to call it suffering.”

Kate Reynolds McLeod, VP of Discovery at The Grommet

That made me happy. During our four years in the desert (2008-12) I experienced a great deal of pain over the lack of funding for the business and probably projected that onto the team. I was glad to learn that, at least from Kate’s perspective, my colleagues were largely insulated. I never really knew how much of the fundraising struggles over those years infected their day to day (until 2012 when it was insanely bad and unmissable). I knew the starvation budget meant they had to do yeomen’s work, for which the depth of my gratitude is limitless.  And now my gratitude extends to Kate’s simple correction and expression of joy, which is exactly what she gives me every day.

4 Responses to “The Mistake”